One of the many extraordinary attractions of Kanazawa is its food culture. Rooted in the use of in-season and local ingredients, steeped in the hard work of fisherman and farmers, kitchen craftspersons and the culture of hospitality, the food world of Ishikawa is representative of the spirit of the cuisine and people and place. The three men pictured in the photos have a combined 160 working years. Nitta san, the local fishmonger who delivers and prepares the freshest in-season catch, Yoshida san, the peerless sushi master at Sentori, and Hayashi san, marinating and searing the best wagyu at Hiyoko, have always been dedicated to excellence.

These three food artisans have partners who have been just as dedicated, if not more selfless. Hayashi san’s and Yoshida san’s wives have stood with them behind their counters and in their shops for all these decades. Nitta san had taken his wife’s surname to support the family business.

These actions are not rare. They are representative of the commitment of many women to work alongside their husbands and the urge to ensure the legacy of the family name. The fact is that for people of this generation, that is how it was done, irrespective of hopes and dreams. Men tended to stand in front as the preparers of the food world, women tended to play the public role as server. Of course, at home, women wielded the power and status of a different role, one that ensured the preservation of the home and family. Like many societies, in Japan, too, the opportunities for people to choose the role(s) they want to play in their lives is changing to allow for more individual-based decision-making.

The commitment of these women and men is in the countless hours they’ve pursued crafting and serving unforgettable meals and the freshest and most delicious cuts for their clients. That perseverance, that unrelenting work ethic to perfect your craft, that dutiful obligation to play the role required by family and society, are some of the most alluring and mysterious aspects of Japan. We invite you to make local food, and its culture, part of your Kanazawa Adventures. 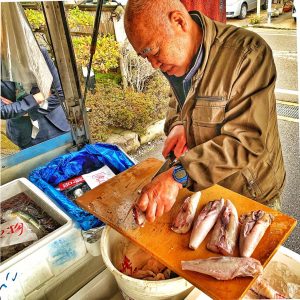 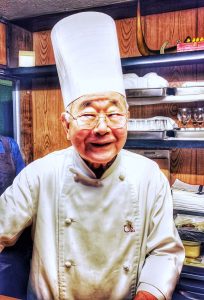