The longest-ever Golden Week of holidays starts on Saturday April 27. The nickname Golden Week began in the sixties as several public holidays, which occur between April 29 and May 5, allowed Japanese workers to string together a few continuous vacation days. This was not something that most employees had the luxury to choose as personal vacation. Because Japan will celebrate the beginning of the Reiwa Era on May 1, and the end of the Heisei Era on April 30, several one-time holidays have been added to this year’s normal Golden Week. With two weekends in the mix in 2019, along with the special holidays, many Japanese people won’t be going back to work until May 7; ten days of uninterrupted vacation has been quite unthinkable (And Labor Day doesn’t happen until November 23 this year!).

The changing of Emperors, without death as the cause, is unprecedented in modern Japanese history. The Heisei Emperor is in his 31st year (each imperial era has a name, that’s how the Emperor and era are recorded – his father, Emperor Showa, reigned until his 64th) has been tireless in visiting people at home and abroad, representing the peaceful and prosperous Japan of today, being an empathetic and friendly ambassador, and encouraging resiliency after natural disasters. Transferring duties, while alive, to his eldest son, required the passing of a special law.

The photo below was taken on April 1. Kanazawa Adventures group of eight visitors arrived at Kanazawa Station on the afternoon that Reiwa was announced to be the name of the next Era. Under Tsuzumi Gate, they’re holding copies of the special edition.

Just as Golden Week has been a time to travel, more visitors are finding their way to Kanazawa. In the past five years, Kanazawa has seen the number of foreign visitors increase threefold, nearing half a million visitors to Kenrokuen last year. We at Kanazawa Adventures are going chock-a-block to prepare for the next two weeks.

Have you made plans to visit Japan before the 2020 Tokyo Summer Olympics? Let Kanazawa Adventures know how we can make your Golden Week of Adventures come true. 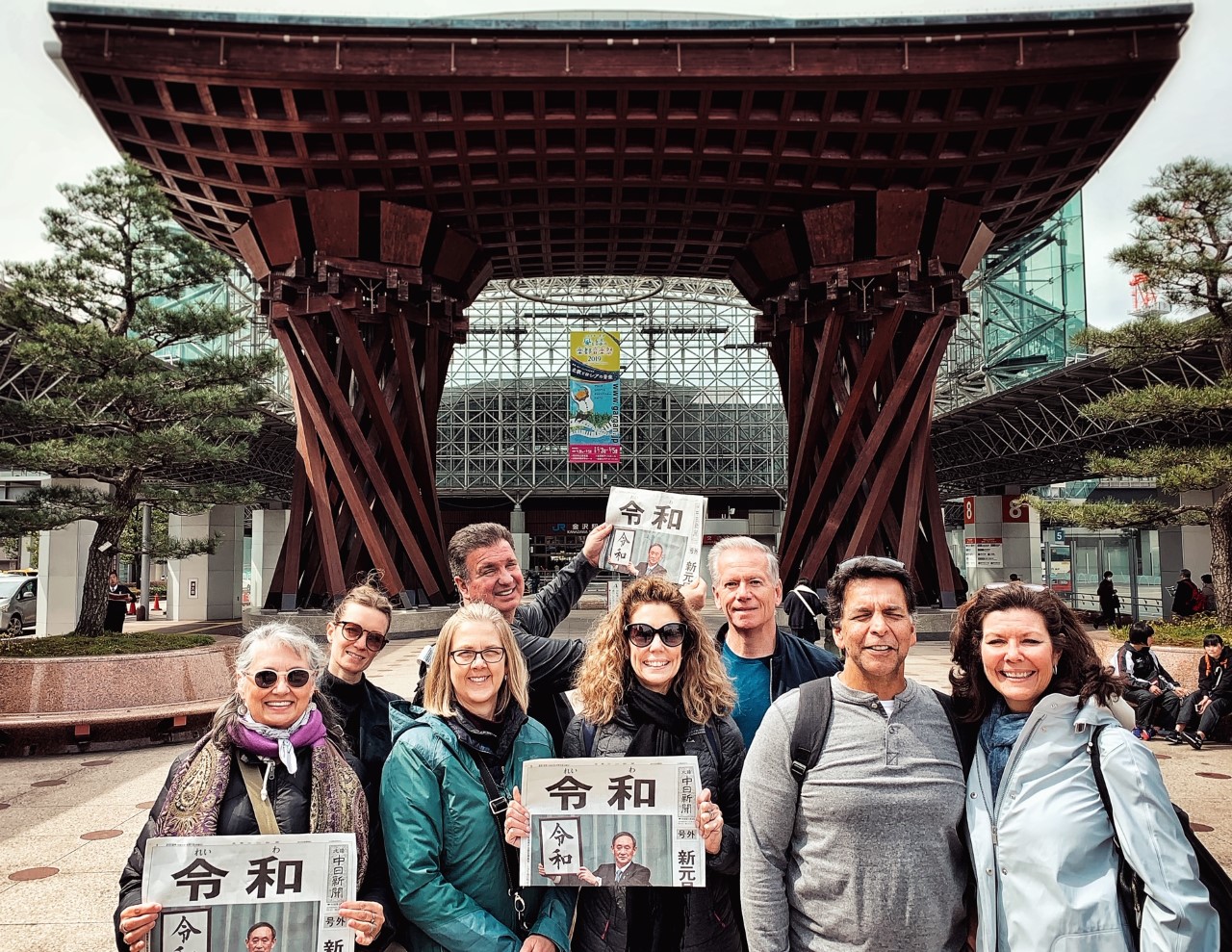